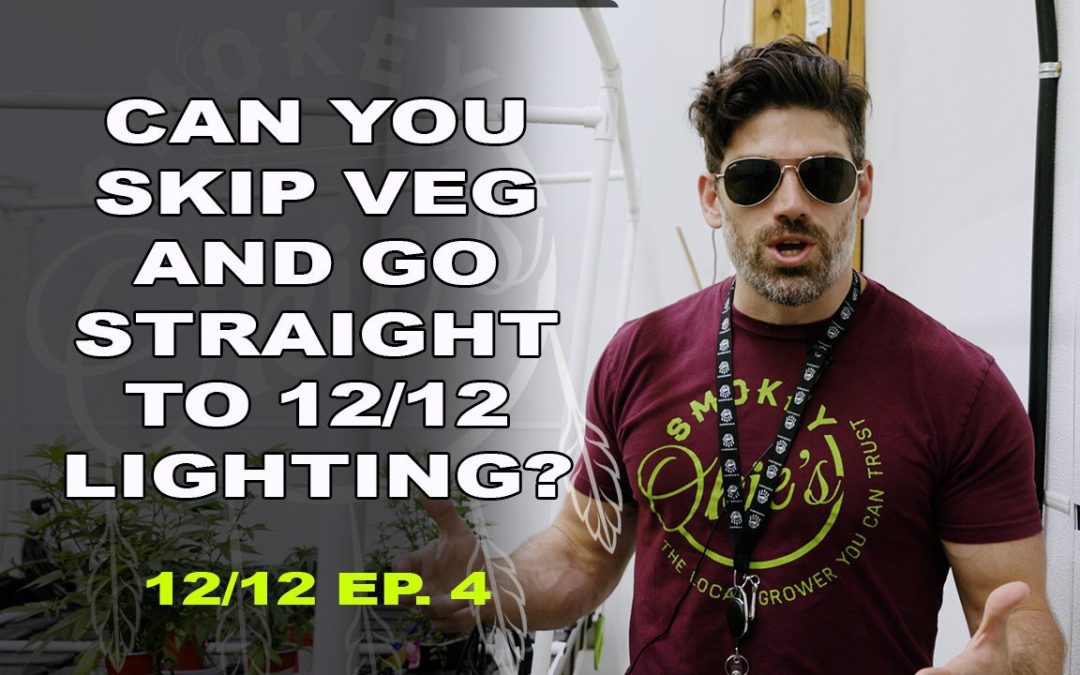 Can you grow weed in a red solo cup? Can you skip the vegetative stage and go straight to the 12/12 light cycle? We have always wondered if this was possible, so we decided to try it ourselves.

In this video series, we document the process of planting seeds in red solo cups, and then putting them under 12/12 lighting.

In this episode, we review our seedlings after their first week in the flower room.

Growing Marijuana From Seed in a Red Solo Cup

For this experiment, we used regular seeds from Sin City Seeds, that included the strains Rainbows at Night, Hard Cider, and Cart Wheels.

We sprouted the seeds using the paper towel method. And once we had tails, we put them in a red solo cup with coco coir.

In Part 1 and Part 2, our seedlings remained in our Veg Room under the typical 18/6 light schedule that is used during the vegetative stage. We kept them there for a total of 19 days, counting from the day the seeds were “planted.”

During that the first week, we filmed the seedlings at five days old. At that size, they were definitely not something you would want to flower. They were just a couple inches above the dirt.

By the second week, we could have put them under 12/12, but at less than five inches, it just seemed like a good idea to get another week’s worth of growth at the 18/6 interval.

By the third week, our plants were a total of 19 days old and we decided to flower them at that point. They were about the size you would want if you were purchasing a clone from someone. By any standard, still very small plants.

Is this a true “12/12 from seed” experiment? Yes and No. It doesn’t really matter. You still get to see what a seedling is capable of, even with 19 days of vegetative lighting.

After one week of flower, the plants have definitely grown. (On second thought, maybe we didn’t need those 19 days under veg lighting after all?)

You can see that the plants have become noticeably bigger. And it’s only been one week under 12/12 lighting! The center nodes are priming to be flower sites. The fan leaves are large and drooping over, soaking up the light.

There’s been no pruning or defoliating on these plants. Not that any needs to be done.  But the take away here so far is that it definitely looks like you can flower a plant in a red solo cup. The Agnetix LED lights are very powerful, so this should be an exciting run.

These plants are bigger than they were last week, and they look like they are ready to produce bud in the coming weeks.

In the next article, we will review the plants after conclusion of their second week under 12/12 lighting.