6 Reasons Why Vaping is Better than Smoking 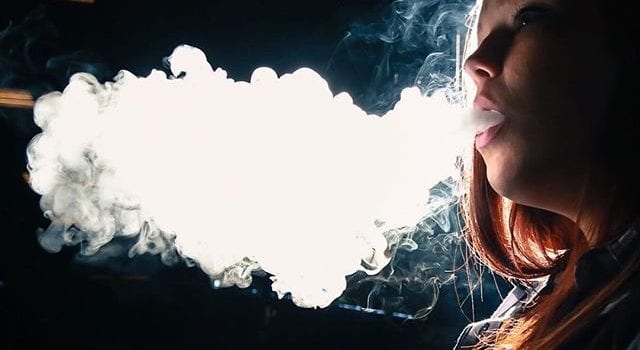 Vaping is a new phenomenon. Believe it or not, some people are still trying to figure out what vaping is? Why is it better than smoking?

Vaping consists of obtaining active substances from dried herbs (i.e. weed) by means of heated steam, without burning. The first prototypes of vaporizers appeared in the United States at the beginning of the 90s, but the true development of this market started in the last 10 years.

However, why is vaping better than traditional smoking? What benefits do you derive from vaping weed other than smoking it the traditional way?

Enumerated below are some of the reasons why vaping is better than smoking.

1. Vaping is better for your health

We all know the negative effects associated with smoking, especially tobacco. During the combustion process, tar-causing carcinogens are produced. Furthermore, inhalation of the hot air generated during smoking irritates the upper respiratory tract and lungs. This leads to chronic inflammation, weakens immunity, thus, prolong any infection.

The body, instead of regenerating, is poisoned by smoke.

Vaping is the answer to these problems. Modern vaporizers have been designed to provide the user with the benefits of vaping dry herbs, without burning it.

How does it look like from a technical point of view?

In the vaporizer, we heat the dry herbs i.e. weed or concentrates (the recommended temperature is 180-210 ° C), without causing it to burn. Doing this would reduce the harmful effects mentioned above. Recent studies show that the vaporization of dried fruit removes 95% of harmful, inhaled smoke while maintaining the maximum of beneficial active substances. Doesn’t this sound appealing?

2. Vaping is much more discreet

The common features of portable vaporizers is the fact that they are portable and discreet. More so, the steam that is produced during vaporization has a fine odor as opposed to that of a traditional smoke — the smell produced by the vaporizer is in no way associated with traditional smoking. In other words, you can vape your weed on the go without drawing any unnecessary attention.

3. The taste is real

As we wrote earlier, vaporization differs radically from combustion, therefore the taste and smell sensations are also completely different. You will feel the real taste of weed when combined with e-juice. For many traditional smokers who have switched to vaping, this is their key argument. With the traditional smoking, during combustion, many flavors are killed or overwhelmed by smoke. Whereas, vaping brings out the true essence of flavor due to the production of steam.

Though the purchase of a portable vaporizer i.e. PAX 2 may seem like a big expense, but the investment is worth it considering the health advantages derived from vaping your weed rather than smoking it. As a matter of fact, vaping is much more effective and economical than traditional smoking.

The latest research, conducted in California, proves that by vaporizing weed, we are able to obtain 20 percent. more active compounds than during combustion.

5. Many great options to choose from

Humans are naturally visual and we like to surround ourselves with nice looking objects. There are countless and attractive vape products available on the market today. For example, PAX 3 Complete Kit, Da Vinci IQ Vaporizer, Vivant Alternate.

There are also weed accessories like, SLX 2.0 BIG with a ceramic coating — which prevent the dried herbs not to stick to the walls (what more could you want?), Thorinder Grinder (with a matt coating), Smoke Buddy (a sploof for hiding the smell of weed). All of these products are available in a wide range of colors.

Vaping gives a better kick, completely different from the one you get with smoking. Traditional smoking is often accompanied by a feeling of heaviness and can be overwhelming. In addition, the smoke coming from the combustion of weed stays in the room for a long time, which may cause inconveniences to other people in the room. There are no such problems with vaporization.

With vaping you feel light, you do not feel drowsy or heavy in your head. There is also no feeling of the irritated throat, coughing often associated with smoking. Rather you feel pleasant, your creativity, mood and ingenuity increases.

To wrap it up

To sum up, vaping is a response to the contemporary needs of a smoker. Vaping technology has revolutionalized the way we smoke weed — it is now possible to consume weed (vape) without attracting attention — discreet. Essentially, it’s healthier than smoking and creates a completely different experience i.e. no tar, smoke, bad smell or unpleasant mood.

Apparently, vaping has become a style accessory for marijuana users. And this could probably be the reason why many smokers are switching from smoking to vaping as the vaping culture is considered more attractive, appealing and “cool”.