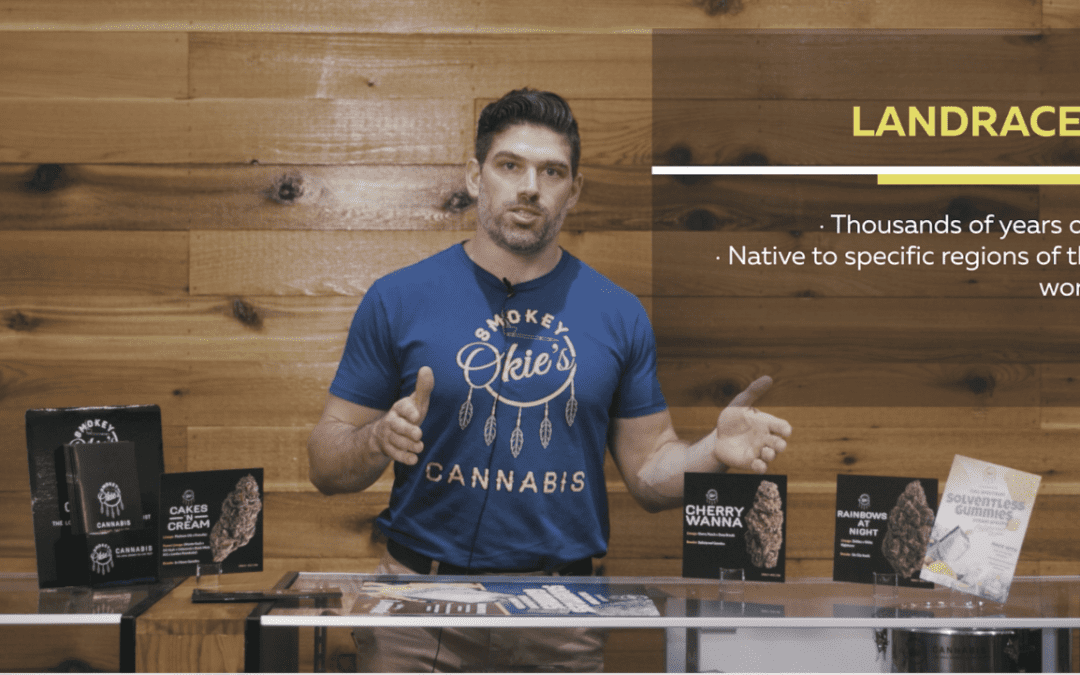 This is Part 4 of our Oklahoma Budtender Training series.

So far, we’ve talked about abstract, fundamental concepts of retail selling. Now, we turn to the fun part: talking about weed!

If are obsessed with cannabis like we are, talking about genetics is the best part of this job. In these next two segments, we dive into the history of landrace strains and transition into discussing the origin of modern American cannabis as we know it.

Where does weed come from?

Cannabis has grown in the wild for thousands of years, and all over the world. In fact, North America is the only continent on planet earth that does not have indigenous cannabis growing in the wild. Every other continent has always had some variety of marijuana that grows naturally and wildly.

There is a name for these wild and native cannabis strains: Landraces.

Landrace Strains are indigenous cannabis varieties that grow in the wild

Landrace strains are native to a certain geographic location, and have grown wildly for thousands of years. Whereas modern cannabis strains are the result of recent cross-breeding, landrace strains have remained the same for a very long time.

Unlike modern cannabis strains, Landrace strains are incredibly stable in their genetic profiles due to the fact that they have been able to grow, in isolation, for many millenia. That incredible length of time means that the strain has been able to go through many, many lifecycles without influence or pollination from other varieties.

It is for this reason — genetic stability over thousands of years — that many elite breeders actually seek out Landrace strains when attempting to create a new strain.

Many observers noticed that some cannabis varieties, notably those found in the tropic regions, grew in tall, vine-like patterns, with long skinny leaves. This tall, stretched pattern was contrasted with other varieties that grew in a more bushy pattern. The former was ascribed as a “sativa” and the latter regarded as an “indica.”

Those these terms are now considered outdated, and even inaccurate, they have stuck around and have creeped in the modern cannabis industry.

Takeaway lessons for the Oklahoma Budtender

The more you know about landraces and their history in American breeding, as well as European breeding, the more you will be able to connect the dots and piece everything together.

In the next segment, we talk more about modern breeding as it relates to ancient landraces.