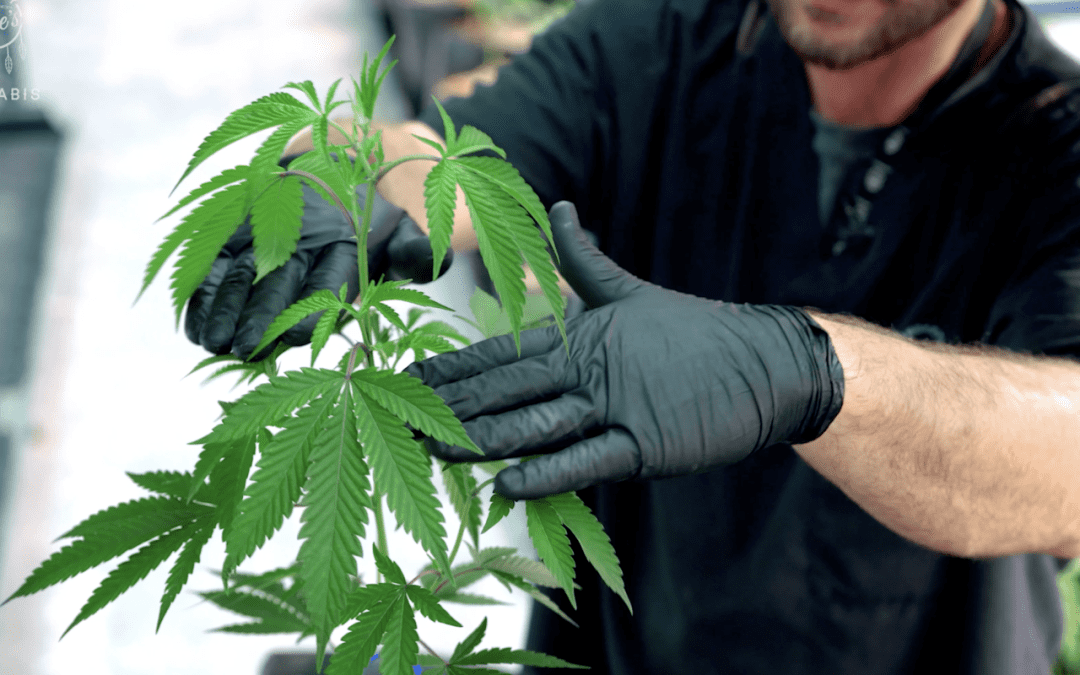 Today we are going to talk about topping your plant. We’ve all heard about the importance of topping, and the various advantages you get from doing it. But most people who are just starting out will often be confused by the advice they get.

Because there are many different ways to top, each with different advantages and disadvantages. But when each method is referred to as topping, hearing about the different methods can be very confusing, especially when context is not given.

We definitely experienced this first hand when we first got started in cultivation. We told of the importance of topping plants during the vegetative stage, and we were shown one way to do it.

Later, we would hear other growers talk about topping but describe different ways with different outcomes. Years later, we’ve now had a chance to experiment with the different ways to top marijuana plants, and we’ve been able to judge for ourselves which methods we do and don’t prefer. But most importantly, we now understand that when someone says “topping,” it is a general term that encompasses several different methods.

In this article, we are going to cover some of the different ways to top your marijuana plant, and the reasons for doing so.

First, you must understand the objective behind what you are doing. Knowing where you want to go will guide you in carving out a path. This advice applies to cultivation, especially in guiding your topping and training schedules during the vegetative stage.

Below we will describe different methods of topping cannabis plants. Each method causes a different reaction, and a different end goal. Let the latter guide the former.

When we talk about goals and objectives with regards to topping, we are generally striving to achieve a greater yield in flower. And topping assists with that by creating different shapes to the plant which we can use to produce more flower until the same amount of lighting.

Our goal is to create the right shape of plant, which the optimal amount of flowering sites, that can be spread out to best utilize the available light.

The first methods are used when the goal is to multiply the nodes. On the plant’s stem with occur various nodes that birth out the rest of the plant. You will notice this recurring pattern throughout your plant.

These nodes will bear forth a calyx (seed pod), and fan leaves and new branches will eventually fork out and grow. These nodes eventually become the flowering sites where the buds are formed.

When you see nodes at the top of the plant, they will become the largest and form colas. When you see them down the stem, they will also become cola/buds, but will also have branches that can grow outwards from them.

Long, long ago, it was discovered that you can cut a node, and from that injury it will recover and duplicate. Meaning you would have two flowering sites. You can partially cut into it, completely sever it off, or only cut off a small fraction of it, and each method will yield different results.

This is a very common method, and one that we have employed. You simply pinch off the top of the node, in what resembles the “head” and the “hairs.” You can use your fingers or scissors or shears.

What you are trying to do is to sever off the parts that look like hairs, including the part they are attached to, which I am calling the “head.” [Not the correct terminology, but it works for this lesson].

By pinching these tops off, you will greatly stress the plant. It will need a full week to really recover from this type of injury. But when it does, it will rebound with two separate tops that will sprout up. These tops will eventually start to fork out, away from each other. In this regard you have just doubled the center stalk.

Advantages and Disadvantages of Topping by Pinching

Other pinching methods involve severing even less of the head, and allowing it to multiply right there in that same spot, causing new heads to grow bunched together.

Other methods involve severing all of it off, which can cause it to fork out new stalks, with new nodes on top of each. Think of a “peace sign” with two fingers. And as you can imagine, there are many variations with these “pinching” styles.

Topping to Shape the Plant

Although we started out using the pinching methods, we’ve recently employed another way of topping that was brought to us by Dan when he joined the team. We cover it in Episode 6 of our Week-by-Week Guide to Veg.

Dan’s objective is to train and form the plant with the lollipop shape in mind, from the very beginning. Therefore, he delays topping until later in veg. Instead, he allows the single stalk plant to simply grow vertically for the first several weeks of veg. After a few weeks, he prunes everything off the bottom half of the plant, as seen in Episode 5.

As the plant grows taller, so do the branches that have begun growing from the middle of the stalk. No lower branches allowed, as we continually remove and prune those away. But middle branches are fine, and that means anything from the upper half and above.

Once the plant is a couple feet high, the middle branches have grown out and up, but still linger behind the center. This is where Dan’s topping method comes in.

Dan will at this point find the center top. He will trace it back down to it’s point of origin, which will be another node at the base of a fork. He will then completely sever and cut off the entire center stalk from that point. What remains are only those side branches that had grown from the middle of the plant. Dan refers to these as “the crown.”

The advantage of this style of topping is that it really assists in creating that lollipop shape prior to the flowering stage. And while the center cola is removed, it is replaced with four or five colas. This is because all of the energy is now funneled into those side branches, which ultimately rise up and take their place at the top. This creates a crown of colas.

What is impressive about this method is that it really doesn’t slow growth or require you to lengthen your veg cycle. You can achieve a rather large plant in about 5 to 6 weeks. Even though you are cutting off half the plant, that middle crown rises up rather quickly. As you can see in Episode 7, the plant is back to original height in only a week of recovery.

The disadvantage to this method is that it does develop taller plants. It is still used for the purpose of developing a wide, broad canopy, where maximizing square footage is the goal. But it does so in a way that will give you and overall taller plant canopy.

If you are faced with height limitations, then you can opt for using one of the pinching methods, and employing it earlier in veg, when the plants are younger and smaller. This may stunt growth and slow down the pace, requiring you to lengthen your veg cycle. But if you are shooting for short plants, this will help you achieve many additional tops/nodes without adding height to the plant.