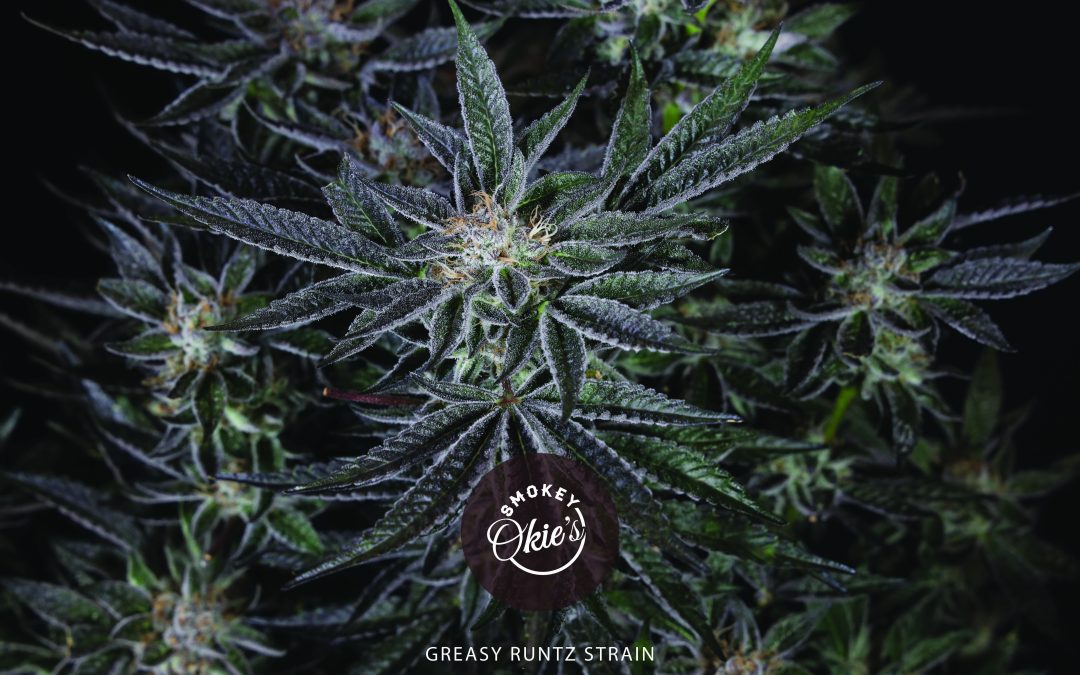 If you’re looking to grow a Runtz strain that has the familiar potency, growth patterns and nug structure as Runtz, but without the candy flavors, we got one for you.

Greasy Runtz was created by Exotic Genetix in Washington. Exotic Mike took his female Grease Monkey and impregnated her with that studly male prom king, otherwise known as Runtz (except, of course, it’s the female that we all smoke and enjoy).

We’ve been growing Greasy Runtz for a couple years now, and I’ve come to really like it. For one, it’s reminiscent of Gorilla Glue #4, which is in the lineage. It’s interesting how certain standout strains continue to show their influence generations down the line. GG4 has strong genes, and it transcends through the Grease Monkey, through the Runtz, and manifests itself very clearly in Greasy Runtz. [1]

Greasy Runtz shares a couple of traits that scream GG4. The first is the color. The Greasy Runtz buds have that lighter color that GG4 always had. It’s like a light green, almost a pastel color. (Interestingly, the plant is full of darker shades, but not the cured buds). To top it off, the nugs are frosty as hell, and have major bag appeal.

Also similar to GG4 is the stickiness of the flower. These buds are coated in resin. They have that long calyx structure that is common among the Runtz strains. I personally like it. I just like the Runtz strains. And we grew a bunch of them, though we’ve started discontinuing that line to move in new stuff.

The nose on Greasy Runtz is a break from many of the other Runtz crosses we have grown that are sweeter. Instead, we get more gas and less fruit. More glue and less cake.

Greasy Runtz is a total hybrid experience. You get high, like high high in the head, and you just feel like your in outer space as you move your body through space. As you can tell, I just smoked some before writing that line. This strain is great for evenings and hanging out with your spouse or watching movies and talking and laughing. The high is great for laughter and relaxation, but not necessarily sedating.

I’m a fan of the Greasy Runtz. If you’re in Oklahoma, look out for it this next month. It will be one of the last batches we put out before discontinuing it. (Hey, we need the space and we got a gear to run!)

[1] Conversely, our Gorilla Nut also has GG4 in the lineage, but I don’t sense it at all in this strain. I don’t get it in the nose or the flavor, and the Gorilla Nut buds look nothing like GG4.