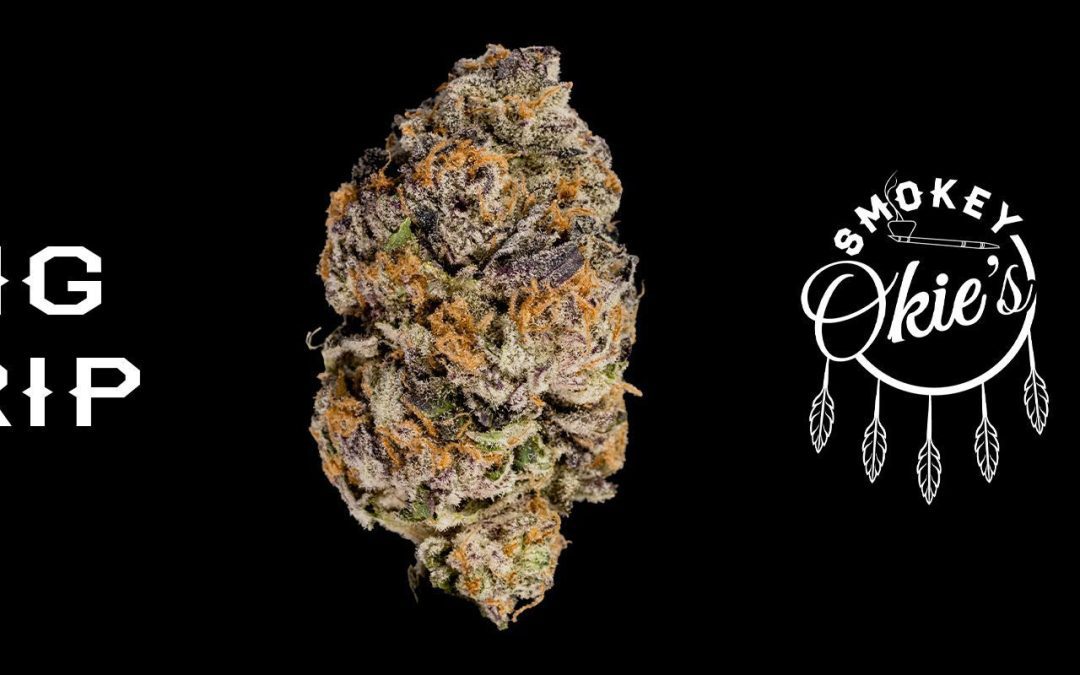 The results are in. Leafly has published its designation of Strain of the Year for 2021, as well as its Top 8 Cannabis Strains of 2021.

Having had the opportunity to review these reports, I began to think about our own catalogue of strains and the ones that seemed to gain traction this year.

What I found, perhaps unsurprisingly, was that many of our most popular strains this year had related lineage to the strains featured in Leafly’s annual report.

In this article we will review the top cannabis strains according to Leafly, and see how they compare to what Smokey Okies is cultivating down in Oklahoma.

Are you surprised to learn that Leafly’s Strain of the Year was Do-Si-Do?

Leafly nominated Do-si-do by Archive Seeds as the 2021 Strain of the Year. Apparently this strain was among the Top 20 most viewed strains on Leafly’s gigantic content-rich website, and was popular on menus across the country.

How Leafly chooses its Strains of the year

In determining the Strain of the Year, data aggregator and cannabis encyclopedia Leafly claims to use a variety of metrics and factors in a manner that is part science, part art, which is all one could expect in an essay on current cultural tastes.

Leafly does give some insight into its methodology, including menu prevalence. But they also give weight to other factors, such as how these various strains compare in terms of looks, smoke, taste, and other subjective traits.

One thing that Leafly made clear was that it’s chosen representative of this year’s title was not merely some flash in pan, but a strain with longevity that will stand the test of time. There are many strains that are here today, gone tomorrow, but Dosido is not one of them, and that is evidenced in the breeding popularity of dosido crosses.

What strains did Leafly deem as the most popular cannabis in 2021?

Using all of their data as well as other processes (i.e. smoking the herb and getting input from notable figures in the cannabis landscape), the online informational juggernaut crowed these strains as the ones that stole the show this year:

I think most cannabis commentators would agree this is a fairly representative list of what strains and strain profiles are popular right now.

While the Leafly article claimed that Oklahoman’s had an interest in classic strains like White Widow, what we have seen has been completely different.

Oklahoma does not have the backbone of breeding and cultivation that the west coast does, which means that Oklahoma Consumers are forced to consume what Oklahoma growers are growing. And when legalization kicked off, many growers opted for the cultivation-friendly, fail safe strains of yesterday, and many of those were dutch classics such as White Widow, Super Lemon Haze, and the modern day versions of the same story: GG4, Blue Dream, strains that are easy to grow and yield exceptionally well.

Thankfully, Oklahoma has such a large number of grows, mainly micro-grows, that the amount of variety is great. There are many, many cultivators growing many, many different strains.

But if Leafly is still seeing data that shows White Widow still dominates a great number of dispensary menus, then perhaps that may be the case. But I would venture to say that most Oklahoma dispensary purchasing managers will tell you they are seeing a lot more diversity and energy in strain variety than what this article would suggest.

With an up close view of the Oklahoma cannabis scene, we have seen that our fellow Okies are after dank, rude strains, like GMO crosses, as well as West Coast favorites like cookie crosses, wedding cake crosses, and runtz crosses. Oklahomies also went wild this year for heavy hitting new strains out of Michigan like Oreoz, Peanut Butter Breath, and Gorilla Nut.

At Smokey Okies, we look at what the top breeders are putting out, and we select strains that we think have the potential to be in our catalogue. Once we have selected the strains we want, we embark on a large pheno hunt to find the “keeper,” and only the “keepers” make it into our catalogue. Here is a review of the keeper we found this year.

Several of our notable strains this year are related to the Leafly Strain of the Year, Do-si-Do, and the others share lineage in common with Leafly’s Top 8 strains of 2021. Below is a sampling of just some of the strains that may interest fans of the above.

Big Drip is heavy on flavor and heavy on sedation. The flavor is dessert fruit – creamy berry sweetness. The effects are deep, physical and mental relaxation.

Jelly Breath is another cross from Dosido, and it is some of the most visually stunning flower we have ever cultivated. The sheer trichome coverage makes these nugs look like diamond encased jewels.

Jelly Breath was created by In-House Genetics, and while some phenos are sweet and fruity, ours is dominated by the chemical gas product of its “Breath” roots.

Interesting to note is that Jelly Breath is the offspring of the same parents that also yielded Peanut Butter Breath. Both strains descend from a combination of Mendo Breath and DosiDo, but Jelly Breath was created by West Coast In-House and PBB is part of the wave of outstanding genetics coming out of Michigan, this time from Thug Pug Genetics.

Going back to that list, you will see that much of our menu this year consisted of variations of what is already popular. We try to stay one step ahead but cultivating a new cross of what is already hitting the charts. Take a look at this list above and then compare to what we’ve been growing since the start of this year.

Apple Tartz has become the flagship strain of Smokey Okies, can for good reason. With bag appeal, familiar nose (hello fritter, runtz, and cookies) and excellent taste, this strain is a home run for top shelf cannabis.

Since Exotic Mike and Exotic Genetix consistently crank out some of the frostiest buds year after year, it really shouldn’t be a surprise to see they made the list this year with their Grease Monkey.

We took it a step further and spent much of this year cultivating Greasy Runtz, a sticky combo of Grease Monkey and Runtz. While the yield and nug sizes themselves would not be described as “great,” the aroma and potency are.

Since Seed Junky’s Kush Mints has gotten so much attention, we would like to direct some of it over to Bulletproof Genetics’ Tic Tax, which we have found to be a gassy, minty delight.

Smokey Okies is currently pheno-hunting this strain from In-House Genetics. With ancestors Platinum, London Pound Cake, and Kush Mints, one would think you’d be bound to find a winner in this seed hunt.

We are heading into a great year ahead in 2022. We are planning several pheno hunting projects, and we are deep into a few hunts already. Here is a list of what we are currentlly hunting or plan to hunt in the coming months: