Pruning Your Plants in Veg | Week by Week in Veg, Ep. 5 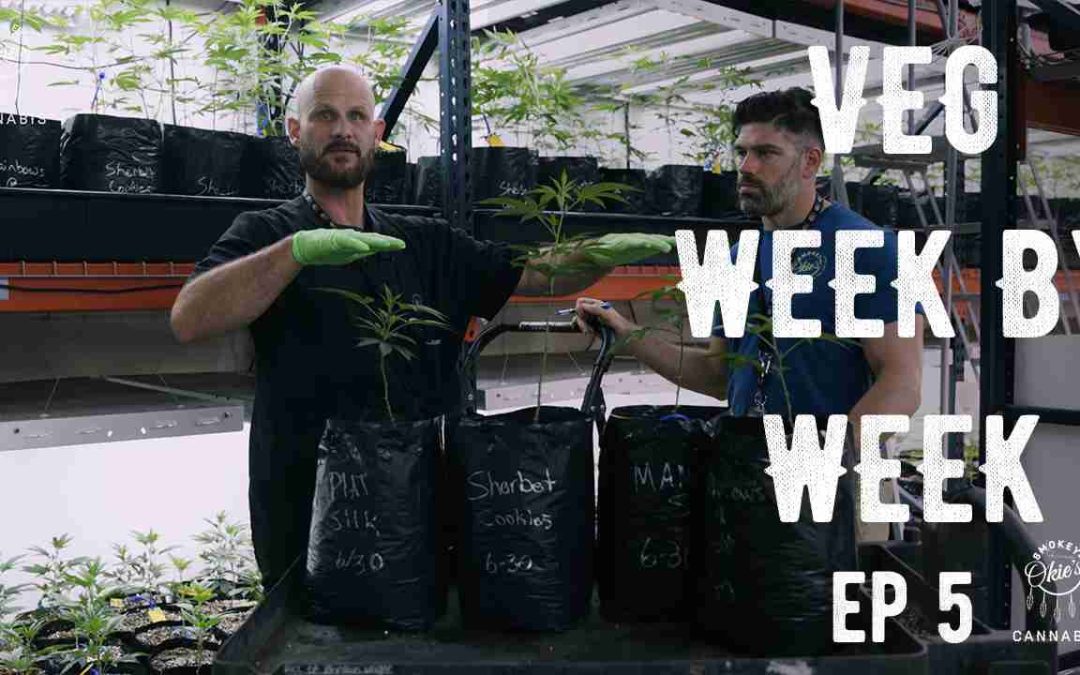 This is part 5 of our week-by-week series on growing marijuana in the Vegetative Stage using hydroponic methods.

In this Episode, you will see the following:

Start your plants in small pots to encourage vertical growth

As you can see, the plants are now quite tall compared to how they were in the last two episodes. And this is one of the benefits of starting your plants initially in small containers.

Small pots encourage vertical growth. When you start your plant in a small container, it will grow taller, faster. And that is exactly what we want.

Now that our plants have grown in height, they have developed lower and upper branches, and have accumulated foliage among those branches. Which brings us to the primary topic of this week in veg: pruning.

There are several reasons for pruning your plant in veg, and we will explain those here. The first and most basic objective is to get everything off the dirt.

We want a clean space underneath the plant. Whether we water the plant by hand or with emitters, and we must be able see what’s happening. We need a clear view. Additionally, we also want to be in legal compliance and have our METRC tags unencumbered by foliage, fan leaves, or lower branches.

In addition, we will continue this push toward more vertical growth. We want to move things along. We started our clones in very small pots to encourage vertical growth early on. Now that they are larger and in bigger containers, we prune up the lower half to further stimulate vertical growth.

How to Prune a plant in Veg: What exactly should you cut off

When you are new to growing marijuana, you may be hesitate to cut anything at all. Or you might get carried away and cut it all! Thankfully, as Dan says, it’s hard to go wrong in early stages of vegetative growth.

You will want to basically cut off everything in the first six inches or so. You can even go higher. Cut everything, whether that be fan leaves or entire branches. If it’s that low on the plant, we don’t want it, no matter what it is. Trust me, you plant is only going to get bigger and bigger, you won’t be missing out on anything down there.

We want to avoid congestion in the lower parts of the plant, because that will be a source of turmoil for you later down the road in flower.

Next week, we will start topping these vegetative plants

Dan does not believe in topping small plants, because it stunts growth and slows the process down. It also creates congestion at the bottom. Because if you top a small plant, then you are causing multiple branches to fork out of the bottom of the plant.

Well, we just advised you to trim away all of the lower branches of the bottom half of your plant. So we don’t want to create more work for ourselves.

But once your plant has been in veg for several weeks, and is at least two feet tall, you might considering topping it.

As Dan explains, look for three or four neighboring branches that can create a “crown” around the center. By snipping the center, the side branches will accelerate and come up to the height of the center cola.

This is really important technique that can increase your yields and will assist you in training the plant for flowering. So go ahead and move on to Episode 6 to see how it’s done.